In our previous post, we touched on what you should do in the unfortunate event that you get pulled over. While that’s no fun, it’s important to know what you should do because, for many people, getting pulled over is an eventuality — that is, if they aren’t using a police radar scrambler from Rocky Mountain Radar.

The Do’s And Don’ts Of Getting Pulled Over

This blog post concerns the very opposite in an interesting and somewhat amusing twist of what you shouldn’t do when you get pulled over. If you’re wondering if getting out of your car and dashing for the hills is one of these things, well, you’d be correct. Let’s take a brief look at some of the main things that you should never do after getting pulled over by a law enforcement officer.

Though it’s not a thought that goes through many people’s heads, the officer is concerned about their safety. They’re pulling over a complete stranger knowing that anything could happen, after all. By being shifty and making sudden movements inside of your vehicle, they may think that you’re reaching for a gun or going to drive away in hopes of evading them. Really, anything other than leaving your hands planted on the wheel is going to put them on edge.

Argue Over Every Single Point

No officer is going to be amused with your back-sass if you’re constantly refuting and fighting everything they’re saying, especially if it’s in a blatantly disrespectful manner. Being immature, calling the officer derogatory names, or just being rude in general isn’t going to help your case. In fact, it may land you in jail if you’re that much of a resistant jerk.

Conversely, saying absolutely nothing is also a surefire way for things to go poorly when you get pulled over. Sure, you have the right to remain silent and not admit fault to anything, but let’s be honest: being totally silent makes you look pretty guilty, even if you haven’t done anything wrong. You can politely interact with the officer without admitting guilt to anything. Be responsive without being a nervous trainwreck and saying too much.

If you’ve always wanted taxpayers to pay your rent, then go ahead and attempt to assault an officer, because it’s guaranteed to land you in jail or federal prison. Heck, doing so may even get yourself shot. It’s the officer’s life on the line and they’re going to do what is necessary to defend it, even if it means harming or killing you. Being violent to any degree is one of the single worst things you could do after getting pulled over.

Okay, this is probably the single worst thing you could do when getting pulled over. Attempting to evade the police is not only plain wrong, but it’s another way to land yourself in federal prison. This is real life, not a video game.

Get Our Police Radar Scrambler To Avoid Unwanted Trouble

Looking to avoid this entire situation in the first place? The Judge 2.0, our signature police radar scrambler, is here to help. Contact Rocky Mountain Radar today with any questions.

What Separates Us From Other Radar Detector Companies? 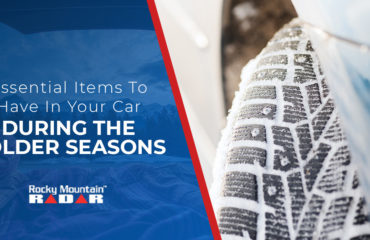 Essential Items To Have In Your Car During The Colder Seasons 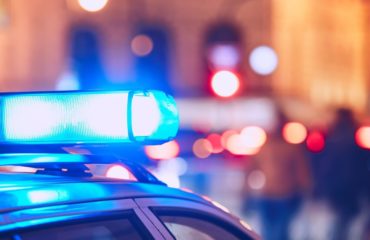