NEVER
get a speeding ticket

NEVER get a speeding ticket

The LONGEST Warranty in the Industry

MORE THAN 40 YEARS OF BUILDING RADAR TECHNOLOGY FOR THE U.S. DEFENSE INDUSTRY WENT INTO DESIGNING AND BUILDING THE JUDGE 2.0

WHY ODIN IS THE BESTBUY NOW

WHY ODIN IS THE BEST

THESE ARE THE MOST IMPORTANT FEATURES TO AVOID SPEEDING TICKETS

The Judge 2.0 can detect police radar up to 5 miles away (without annoying false alarms). The Judge 2.0 (the best radar detector on planet Earth) gives you plenty of warning to avoid a ticket.

Rocky Mountain Radar's scrambling technology (Radar & Laser) makes your car invisible to police speed detection equipment. It's so effective, we will pay if you get a ticket. 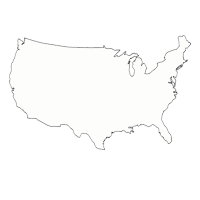 TRY WITH NO RISK!

The Judge comes with a 3-year warranty, 30 day no questions asked money back guarantee, and free shipping in the US. 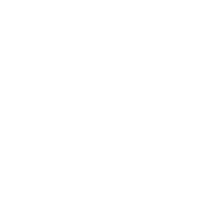 When you pair this technology with powerful police radar detection, police laser detection, smart false alarm prevention, and our ticket rebate program you have an unbeatable system.  You'll never pay for a speeding ticket again!

Watch this short video about how and why we developed radar detection and scrambling devices for the consumer after decades in the defense industry.

Rocky Mountain Radar's signature technology is radar scrambling.  It would be easy to jam a police radar gun by transmitting a powerful signal, but it would also be illegal...so we came up with a legal way to scramble the computer inside a police radar gun.

Police radar is a simple radar system that sends out a continuous RF (Radio Frequency) signal. The police radar is an auto-dyne transceiver which means that it transmits a signal and mixes the return signal with itself to determine the Doppler shift (the amount of frequency change caused by bouncing off a moving target).

The Doppler shift is different for each frequency band the police radar operates on and proportional to the speed of the target. There are three radar bands that the police are allowed to operate in the USA. These are X-band, K-band and Ka-band. Ka-band is very wide and more difficult to detect using a police radar detector.

Because a police radar system must send and receive an RF signal, we can detect it, detect which band is being used…and much more. Click the Radar Scrambling Technology tab to read more

Since detecting RF signals far in advance is a piece of cake for us, we can also add information to their signal to confuse Police Radar Speed Detectors.

A Police Radar Gun needs to get the same reading multiple times, sequentially, in order to display a valid speed to the officer operating the radar gun. The additional information that we add to their return signal makes it virtually impossible for the Police Radar Gun to get an accurate reading. This is why roadside trailers may display your speed even while you’re scrambling radar. They simply display all detected signals translated to speed.

Police LIDAR (Laser Radar) is a distance measuring device. The unit sends out a pulse of infrared light and measures how long it takes to strike an object and return. Taking this time and multiplying it by the speed of light gives one the round trip distance [distance times 2]. If the LIDAR then sends out a second pulse and measures that distance it can determine if the target is moving and what its speed is. If pulse one distance is D1 and second pulse is D2 and the LIDAR sends out the second pulse T1 seconds after the first then the objects speed can be calculated as the change of distance over time or (D1-D2)/T1. Since the LIDAR knows when the pulses go out and measures the distance for each pulse it has all the information it needs to determine target speed.

Of course, there is always the chance for interference so modern LIDAR contains a computer and sends out multiple pulses for each target measurement…often as many as 50 pulses. The computer then samples the data to develop an accurate measurement of speed for the target.

Don't worry, you don't need to understand all of that...we do. Click on the Laser Scrambling Technology tab to see what else we can do.

There are two methods that are used to try to interfere with the accurate reading of speed by LIDAR. The first, used by our competitors, is to simply try to overpower the unit by broadcasting a very large amount of infrared light. This takes a lot of energy so the jammer must first detect the Laser pulse to know when to turn on the power and frequently reacts too late to be effective. Of course, simple filtering of the incoming signals makes these types of jammers relatively ineffective.

The second method, employed ONLY by Rocky Mountain Radar, is much more effective but more costly to manufacture. This method creates infrared pulses virtually identical to those transmitted by the LIDAR. This requires much lower power transmission and is safer for the driver. Rocky Mountain Radar’s Laser scrambler creates 40 nano-second pulses every 125 nanoseconds (30 - 50 feet) to thoroughly confuse the LIDAR resulting in no speed being displayed. Since this pulse train is continuous, there is no need for detection prior to activation greatly enhancing the probability of effectively confusing the LIDAR! This method makes Laser Speed measurement both ‘near-sighted’ (cannot ‘see’ pulses beyond 125 feet) and overwhelms the computer with confusing data so it cannot determine an accurate speed.

Our technology can identify police speed detection equipment up to 5 miles away, so that you have enough time to adjust your speed.

Scramble police radar and laser equipment so you don't get popped when you don't know there's a speed trap ahead.

Even if somehow you get snagged by the cops, we will pay for the speeding fine. You are totally secure!

SEE WHAT PEOPLE ARE SAYING

Radar Detector, Do You Really Need One?

…and what is important in a radar detector? This is a question that we’re asked almost every single day. The real answer of course is: it all depends. There are many factors that affect this decision based on you as a driver. While we would like to have everyone own a radar detector, since that’s 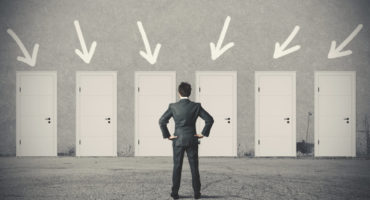 How to Choose the Best Radar Detector If you are considering getting a radar detector, you want to choose one that will be effective. Here’s a guide to help you choose the best detector. You know how your heart sinks when you see those blue lights start flashing? Even if you’re not speeding, seeing the

THE BEST VALUE WHEN COMPARED TO OTHER HIGH END DETECTORS

ODIN was designed with everything you need and nothing you don't, so we can offer you the best value!

We are the manufacturer of the worlds most advanced, consumer, radar and laser detection technology.  Contact us to see how our technology can make your car invisible on the road.

Please fill this form and we'll send you our Speeding Ticket Cheat Sheet for free!

Get your free cheat sheet here:

We know how inconvenient, embarrassing and time consuming it is to get a speeding ticket. In fact, we've dedicated the last 30 years to helping people just like you avoid police stops. Enter your email address here and we'll send you a free cheat sheet with some useful tips and tools you can use to avoid speeding tickets: 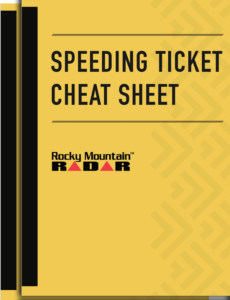 Do you want first dibs at new products and special offers?
Join our list below and we'll let you know when we have specials and other promos!