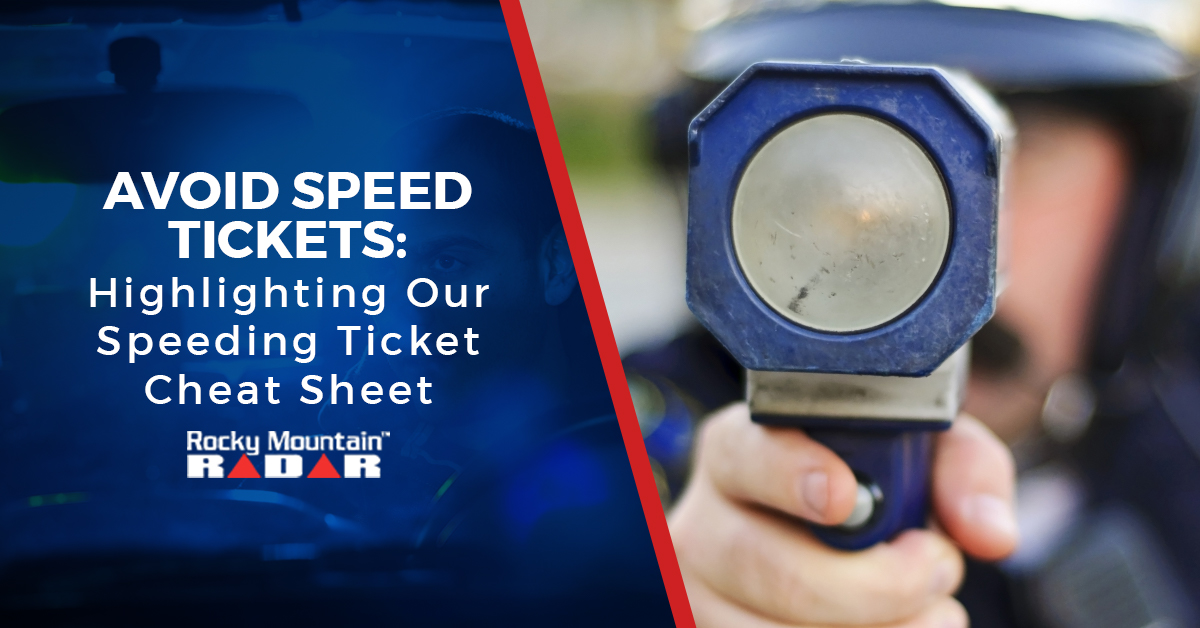 There’s only one thing that’s more frustrating than dealing with other drivers on the road when you’re in a hurry: getting pulled over. The moment that you see those flashing red and blue lights is the moment your heart sinks, knowing that you’re going to be much later than you originally anticipated. To state the obvious, no one plans to get pulled over or receive a speeding ticket even if they’re consciously aware that they are, in fact, speeding.

What’s not so obvious and even more frustrating is the fact that you can still get “burned” for driving within the speed limit. Here’s an anonymous customer anecdote that we like to share in order to illustrate this hair-pulling situation:

“I was driving through Salt Lake City in the center lane at exactly the posted speed limit looking for my exit. This lady comes screaming past me on the right going at least 20 over! Suddenly she hits the brakes and dramatically slows down, letting me pass her and there’s a cop on the side of the road with his radar gun, To this day I don’t know if the lady had a radar detector or just saw the officer; I do know that the officer looked up and saw me passing her and assumed I was the guilty party. Yep, I got a ticket. What bites is that I was not speeding, for once!”

It’s frustrating to merely read about an experience like this, but getting unjustly pulled over and receiving a speeding ticket under no legitimate basis is nothing shy of infuriating. That’s why the team at Rocky Mountain Radar has not only worked hard to develop the best radar detector on the market, but we’ve also dedicated our time to create what we consider to be a Speeding Ticket Cheat Sheet.

Why is our radar detector company so bent on helping every day drivers avoid unwarranted interactions with police officers and state troopers? The president of Rocky Mountain Radar, Michael Churchman, wanted to share his decades of experience in radar and scrambler technology through a consumer medium that would benefit just about everyone who travels in a vehicle. It’s also through Michael’s values and beliefs that we’ve created the single top rated radar detector on the market.

Contrary to the stigma around radar detectors and scramblers, we’re not trying to condone reckless or dangerous driving by allowing people to speed under the radar. Michael firmly believes that once the approach in law enforcement in America shifts from enforcing the rules of the road for the purposes of revenue generation to the purposes of legitimate safety, he’ll stop manufacturing and selling radar scrambling products. This also includes cities removing traffic ticket revenue from their budgets.

To give our blog readers a taste of what they’ll find in our cheat sheet, we’re going to highlight a few tips and tricks to help you avoid getting a speeding ticket. Though nothing is ever guaranteed and getting pulled over can be a random occurrence no matter what you do — there are many variables at play, especially ones related to the Law Enforcement Officer in question — we sincerely hope that the below information is of use to you. As always, feel free to reach out and contact the team at Rocky Mountain Radar if you have any questions about The Judge 2.0 or any of our other radar detectors.

Do Not Change Lanes Frequently

Changing lanes implies that you’re passing other cars on the road, and you’re most likely speeding in order to do so. Generally speaking, changing lanes simply attracts more attention to your vehicle, and serves as one of the “anomalies” that police officers and state troopers are searching for. Ideally, you want to drive in a manner that conforms with the flow of traffic.

Do Not Tailgate Or Drive Aggressively In Any Way

Again, these actions are not only dangerous and borderline reckless, but they’ll also draw attention. Not only should you never do things at the wheel out of principle, but you should never do them in order to avoid getting pulled over. Instead, be a courteous driver that uses their turn signal, follows drivers at a safe distance, and only changes lanes when necessary.

Be Mindful (And Avoid) Lonesome Speeding

Yes, we’re being serious. If you were driving down the road even just a little faster than you should have been and you notice a hidden cop car or speed trap behind a bush or a tree, throw them a friendly wave. Why? Well, the officer may think that either you know them and they’ll wave back, or they’ll assume that you’re acknowledging that you were speeding and that you’ll be slowing down. As silly as this piece of advice sounds, it’s a win/win as you don’t have much to lose in this situation and anything you can do to lessen your chances of getting a speeding ticket is worth doing.

Though we have plenty of other tips, our main piece of advice when driving is to drive with The Judge 2.0 at your side. Shop the best radar detector for the money today.

How Accurate Is Your Vehicle’s Speedometer? 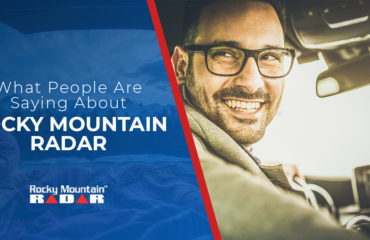 What People Are Saying About Rocky Mountain Radar 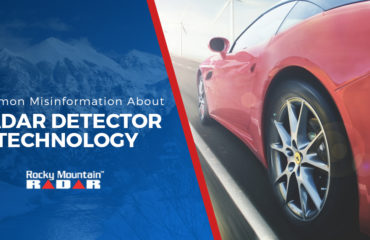